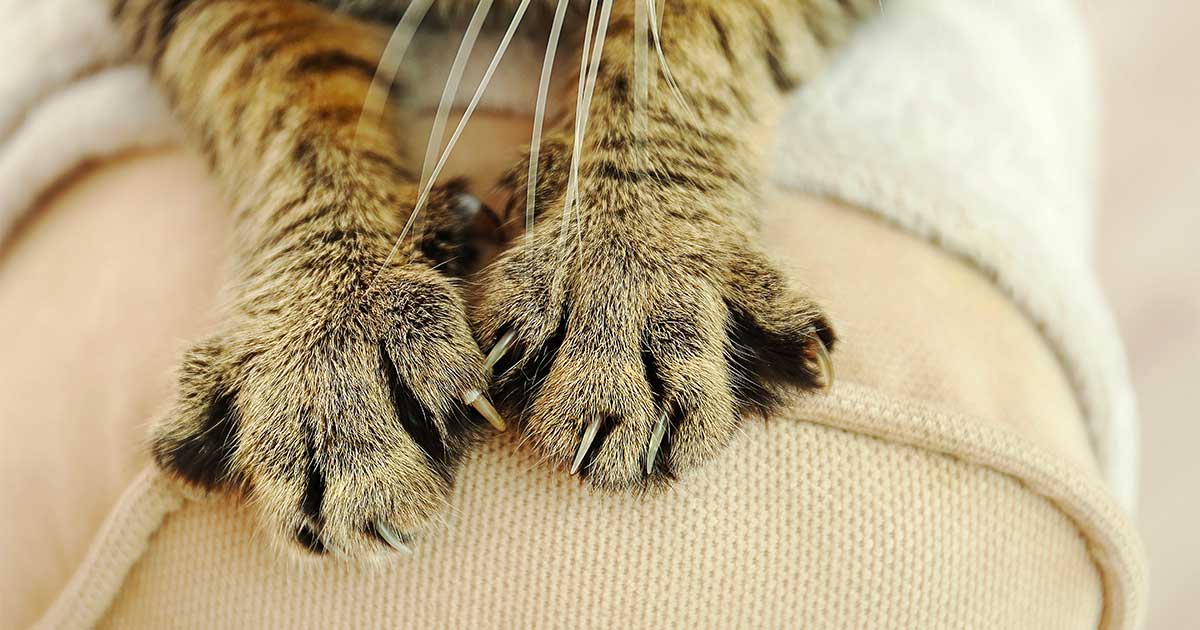 Declawing cats used to be standard practice in much of the United States. But the procedure is now illegal in Los Angeles, San Francisco and several other California cities. Two years ago, Denver, Colorado, banned the procedure. And all 100 VCA veterinary practices in Canada no longer offer elective declaw surgeries.

As the movement to stop declawing has gained steam, it’s also stirred controversy, with advocates on both sides of the issue. Those in favor of declawing say that owners don’t appreciate having their new couch or stereo speakers shredded, so declawing surgery, also known as onychectomy, is an alternative to euthanasia or the relinquishment of a cat to an already crowded shelter.

Scratching is a natural behavior

Cats really aren’t trying to scratch the stuffing out of your overstuffed chair. They do it to sharpen their claws and shed old nail sheaths. Scratching also enables them to mark objects with the scent glands in their paws. It’s also a great way to stretch. Finally, cats that spend any time outdoors may need their nails to defend themselves against mean dogs or wild creatures.

Declawing is a painful, unnecessary surgery

While human fingernails grow from the skin, cat nails emanate from the bone. When a cat is declawed, it’s not just the claws that are removed; the last bone of every digit is amputated to prevent the nail from growing back. This is especially painful for older cats who place more weight on their paws than tiny kittens. But as you can imagine, it’s painful for kittens, too.

Some feel the surgery can have long-lasting effects, too. A recent study in the Journal of Feline Medicine and Surgery compared 137 declawed cats with 137 cats that had not been declawed. Declawed cats were more likely to show evidence of biting, back pain, aggressive behavior, barbering (compulsive licking or chewing leading to hair loss) and inappropriate elimination.

Although there are rare cases where surgical declawing may be necessary, such as to remove a nail-bed tumor, there are very few medical reasons why it would benefit a cat.

There are other alternatives

Teaching cats to scratch in appropriate places can help make felines and owners happy, according to those in favor of letting cats keep their claws. They encourage owners to try alternatives to declawing, such as:

• Providing scratching posts, cardboard scratchers or mounted carpeting samples where cats can scratch and stretch
• Placing these objects near where the cat scratched previously
• Making the scratchers more enticing to cats with catnip or feline pheromones (available in spray form)
• Rewarding Reward the cat with praise and treats whenever they use the post or scratchers
• Making furniture less attractive for scratching by placing double-sided tape where the cat used to scratch
• Trimming cat nails about every two weeks
• Applying artificial nail caps every 4 to 6 weeks (but nails should still be trimmed to prevent them from getting too long)

Teaching cats to scratch in more appropriate places is a win-win proposition: they can still do what comes naturally to them, and you can keep your household items just the way you want them.