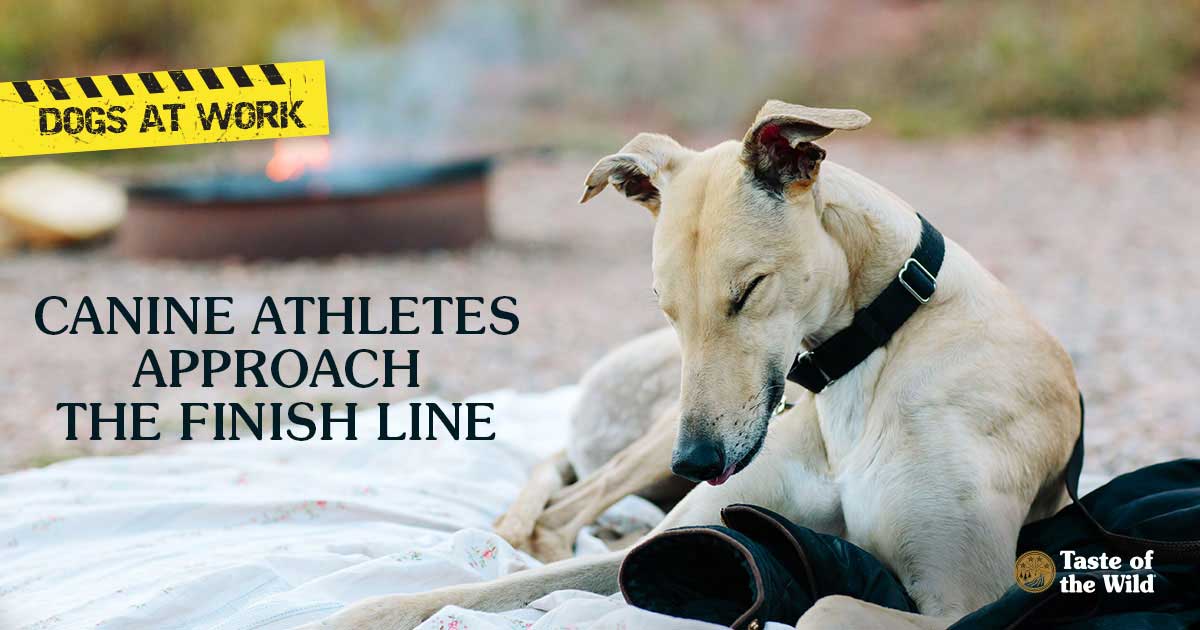 People used to pay good money to watch greyhounds tear around a track at 45 miles per hour. In 1991, the money wagered on dog races across the country peaked at $3.5 billion, according to Racing Commissions International. Bettors at tracks hobnobbed with Frank Sinatra and other celebrities. But by 2014, track income had tumbled to $500 million.

What caused the decline? Over the years, lotteries and casinos gained popularity, competing for gambling dollars. And younger generations have less interest in dog and horse racing than their predecessors. As a result, many tracks closed their doors or states repealed laws that supported live dog races. Recently, Florida, the biggest holdout with 11 of the remaining 17 tracks in the U.S., passed legislation that bans dog racing in the state by the end of 2020.

What, exactly, is dog racing?

It’s a sport where packs of dogs, typically greyhounds, are trained to race around an enclosed track in pursuit of a mechanical rabbit. Wagers are made on winning or placing dogs. Racing greyhounds typically begin working at 18 months of age and race until they’re three or four years old. The dogs usually compete every four days, and commercial tracks can need 500 to 1,000 dogs to remain in operation.

Over the years, news reports began to surface of cruelty at dog tracks, according to the American Society for the Prevention of Cruelty to Animals (ASPCA) and Grey2K USA Worldwide, which advocates for banning greyhound racing.

On the track, dogs suffered serious injuries from collisions and falls. A 2015 ASPCA and Grey2K USA report chronicled greyhound injuries from 2008 to 2015 in the seven states that allowed dog racing at the time. The report itemized 909 greyhound deaths, 11,722 injuries and more than 3,000 dogs with broken legs, crushed skulls, fractured spines and paralysis, even electrocutions.

The dogs fared no better off the track. Many greyhounds were reported to spend long hours pent up in crates, often with little or no veterinary care. Some did not receive adequate food, perhaps to keep them lean for racing. And in Florida alone, 230 racing dogs tested positive for cocaine or cocaine metabolites over the last 20 years, most likely given intentionally to provide the dogs an advantage on the track.

Dogs eventually retired from racing due to injuries or because they were no longer fast enough to take a winning purse. While some were sent to rescue organizations, others were often euthanized or put to work at greyhound breeding facilities.

Dog racing continues to decline as people become more aware of the less-than-ideal treatment of the dogs and more and more states make the sport illegal.

Other than Florida, only five states still have dog racing tracks: Alabama, Arkansas, Iowa, Texas and West Virginia.  Dog racing is still legal in four other states, but they don’t have tracks, so people generally bet on races and watch via video feeds from races in other states.

When the racing dog legislation goes into effect in Florida, it will become the 41st state to ban dog racing. That means thousands of greyhounds may be out of a job.

By some estimates, there are approximately 4,000 greyhounds currently working at Florida tracks. As these tracks close, some owners may move the dogs to the states that still allow racing. But other dogs will likely need homes.

Greyhounds actually make great pets, even for apartment dwellers. Known as “the 45-mile-per-hour couch potato,” these dogs are often content to watch movies with you on the couch as long as they get a couple of short walks a day.

The National Greyhound Association (NGA) is partnering with Greyhound Pets of America to place dogs in good homes. If you’re interested in adopting a retired racer, contact one of the NGA’s endorsed rescue groups. Chances are, a greyhound could get you out of the recliner and outside for exercise more often.