Newfoundlands Are at Home on Land or Sea 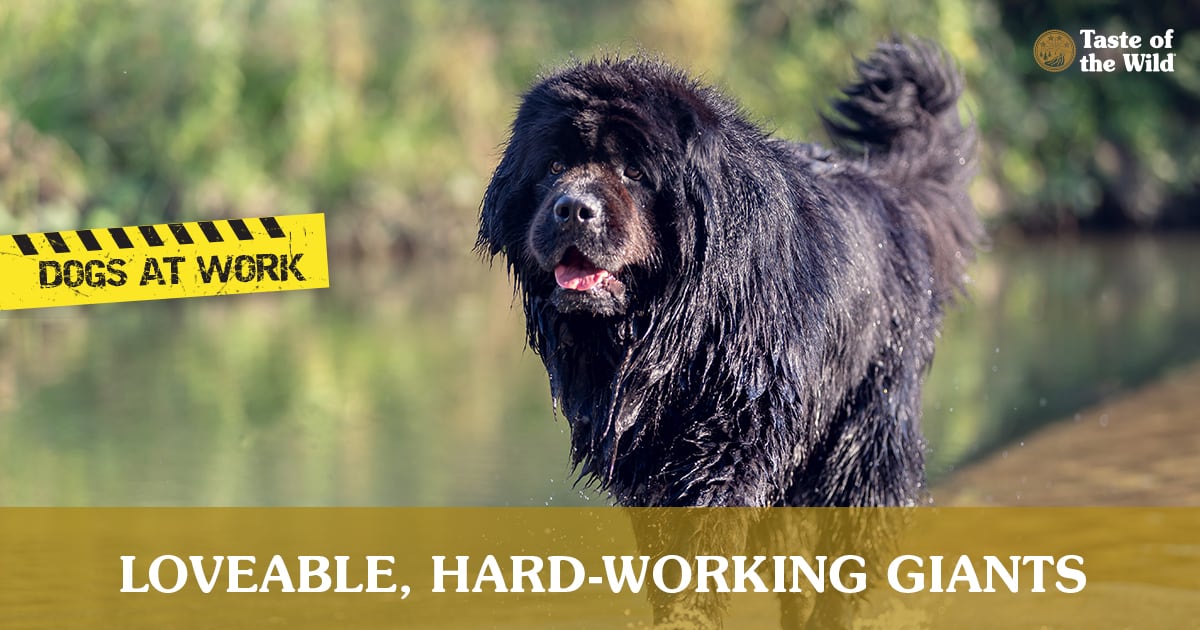 Named after the island off the east coast of Canada, the Newfoundland’s water-resistant double coat, rudder-like tail and webbed feet made them ideal shipmates. The powerful dogs thought nothing of leaping into the icy Atlantic waters to haul fishing nets or rescue a sailor who fell overboard. They were also hard workers on shore, whether it meant pulling the day’s catch to town in a cart or hauling sleds through the snow.

The history of Newfoundland dogs

How, exactly, the breed started is a mystery. Archeological digs in northern Newfoundland have uncovered evidence of a Viking settlement, including skeletons of large dogs, hinting that they may have arrived on board a Viking ship. Others theorize the breed developed from the Great Pyrenees dogs that accompanied Spanish fishermen to the island.

By 1824, about 2,000 Newfoundlands (Newfies for short) could be found in the city of St. John’s, Newfoundland, driving carts of milk and hauling loads for the city’s inhabitants.

With a reputation for being fierce in the water but docile companions on land, Newfies were brought to England and France, where they quickly gained popularity. The first official showing of the breed occurred in 1860, when six Newfoundland dogs were entered into the national dog show in Birmingham, England. Thanks to their prowess at water rescues, Newfies soon became standard requirements for lifeguard stations along the British coast.

Today, Newfoundland dogs are mostly gentle companions, lounging around the house and playing with children. They may grow as large as 150 pounds and can be abundant shedders and droolers. But their calm, devoted and protective personalities tend to make up for everything. Newfies make excellent therapy dogs and can be great at water trials, obedience, tracking, drafting and sledding. 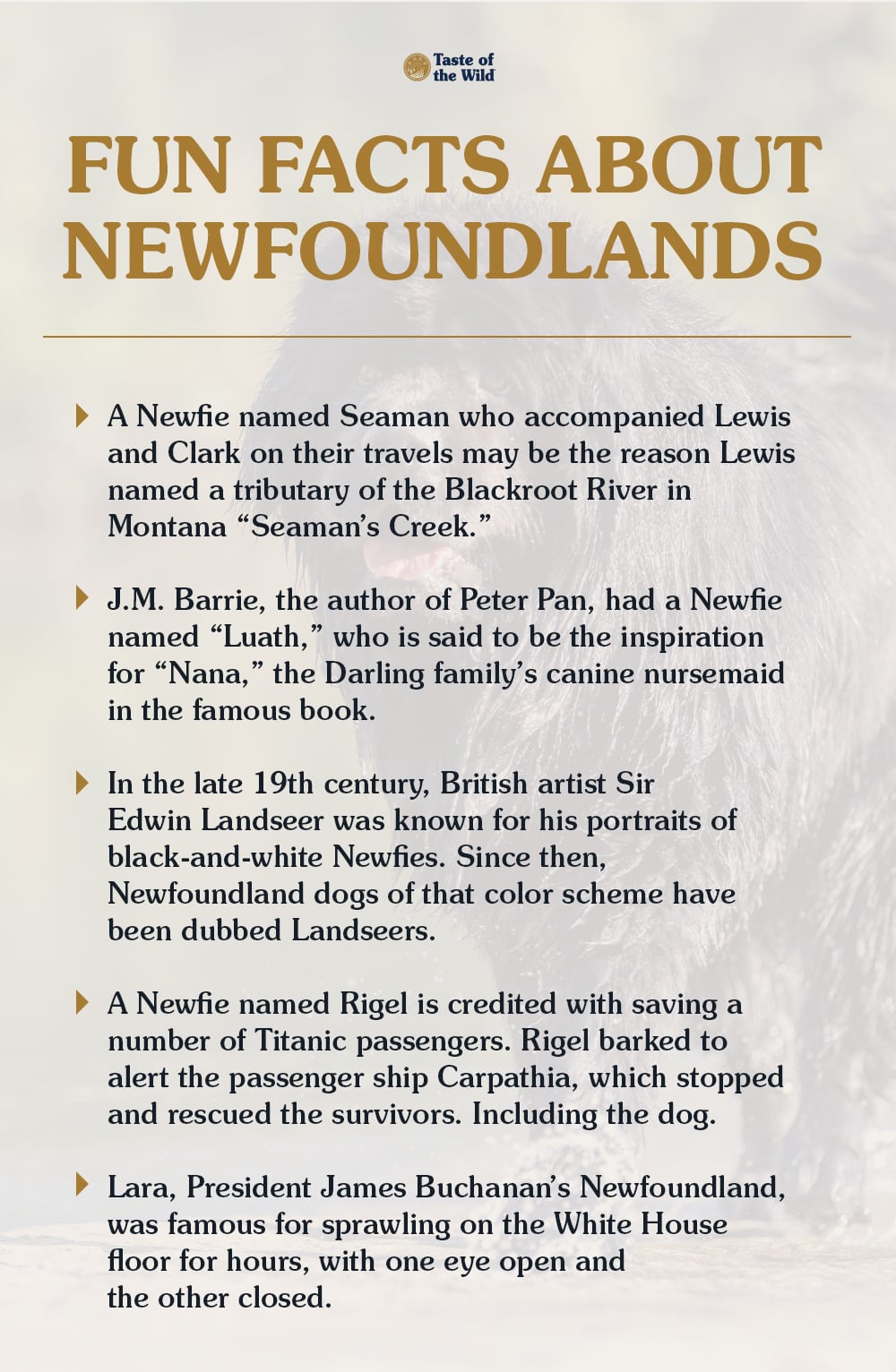 When the Wagger Doesn’t Work: Tail Injuries in Dogs

Would You Believe Cats Get Acne, Too?

Fear of Fireworks: Help Your Pet Make It Through the Night

read article
Got a spare 5 minutes to help us improve our website?
I'll do itNo thanks