Can Prison Inmates and Dogs Rescue Each Other? 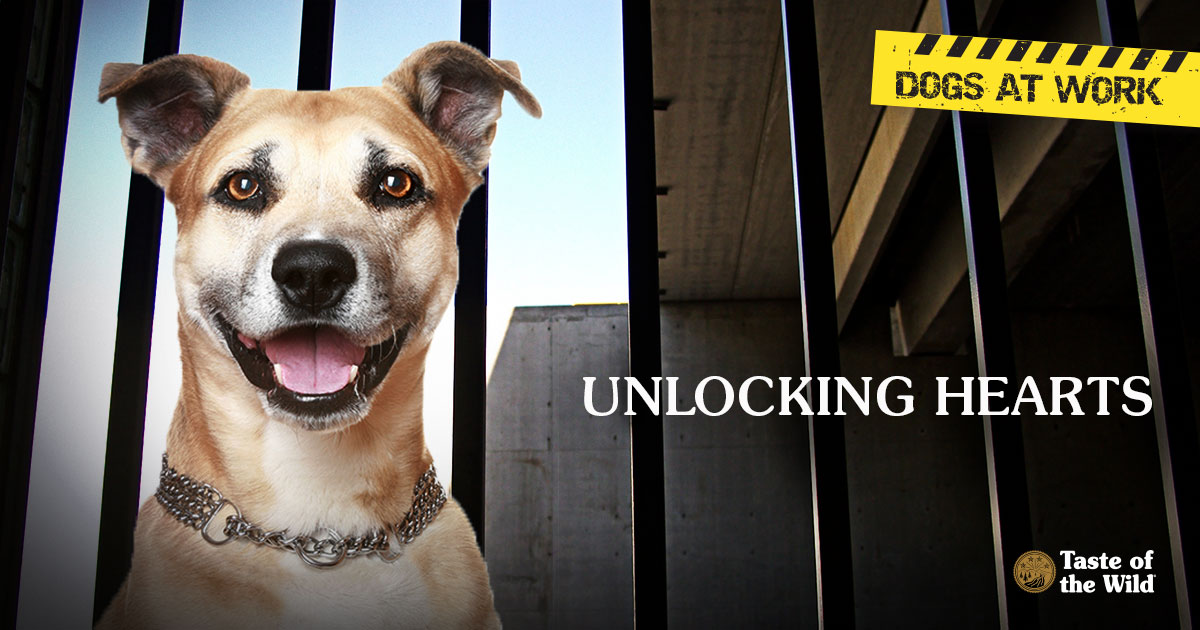 It all started in 1975 when a state hospital inmate brought an injured bird back to the ward. Noticing that the bird improved the behavior of other inmates, the staff initiated an animal therapy program.

The impact was profound: Inmates with access to animals required 50 percent less medication and were less violent than inmates without animal exposure.

Over the years, people wondered if the benefits might work both ways: Animals such as puppies or shelter dogs might benefit from the socialization, training and companionship inmates had to offer. That’s how the first dog-training programs in prisons came to be.

Training Pups for Jobs or Companionship

Today, around 300 prisons across the country have implemented some type of dog-training program. In some cases, inmates start with puppies, coaching them to become service dogs for people with disabilities, bomb-sniffing dogs or other kinds of working canines.

Other programs focus on helping shelter dogs overcome fear, aggression and behavior problems to boost their chances of being adopted. Inmates give these neglected, abandoned or abused dogs a second chance and even save some from euthanasia.

All dogs in the program benefit from intensive socialization, learning how to be comfortable around many different types of people and dogs. They also pick up basic obedience skills and additional training.

Giving Inmates a Sense of Purpose

In most cases, participating in the dog-training program is an earned privilege. Generally, they must have no history of violence or sexual assault and have a track record of at least one year of good behavior. The unconditional love provided by dogs can help many inmates learn how to trust and overcome feelings of isolation by forming strong emotional bonds. The programs have been shown to reduce depression and anxiety, increase morale and reduce the need for medication for participants.

In the process, inmates pick up skills of their own such as patience, responsibility, discipline and how to communicate and work as a team. Some may even use their dog-training skills to earn a living after their release.

Proven Success on All Fronts

Because inmates can often spend more time with the pups than those on the outside, the prison dog-training programs are often more successful than public programs. In some cases, the dog may accompany the inmate 24 hours a day, even sleeping in a crate in the trainer’s cell. For programs like Puppies Behind Bars, the inmate may partner with the pup from the time it’s eight weeks old until two years of age or more.

While inmates usually receive some pay for their work, it’s very little compared with what for-profit trainers earn. Lower training costs can be especially helpful for service dog programs that rely on donations and may have limited funding.

Research shows that inmates who participate in this program are much less likely to return to prison than those for whom a similar program isn’t available.

Which just goes to prove that dogs and people can help each other overcome feelings of rejection and achieve great things when they work together.