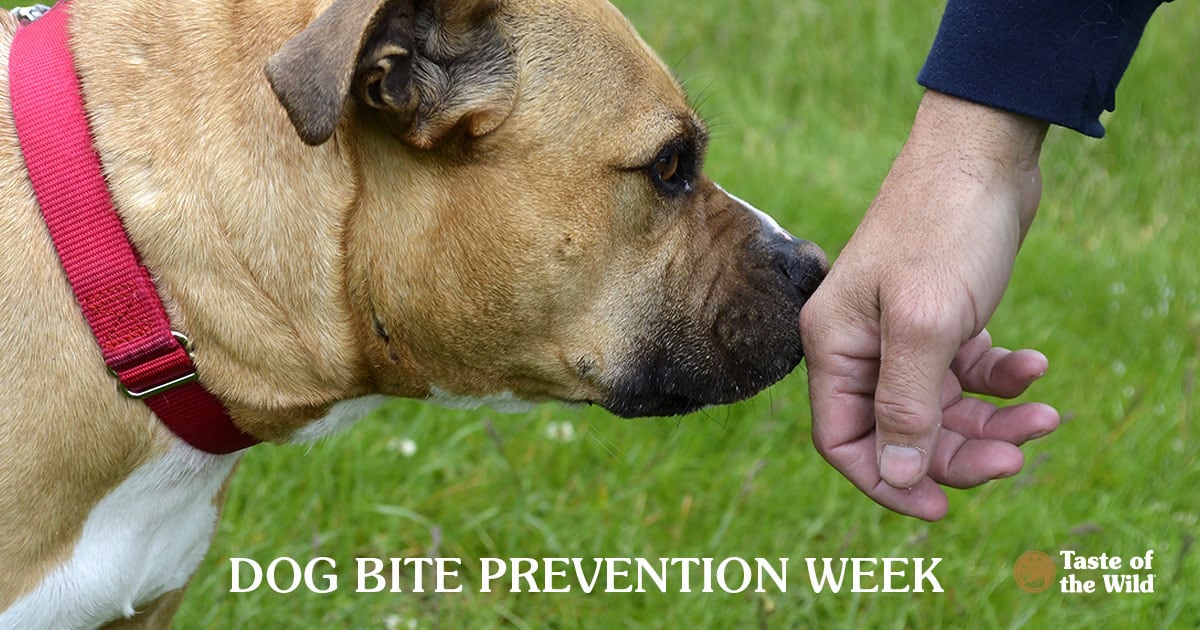 If you’re a pet parent, you’ve probably felt the imprint of canine teeth on your skin — whether it’s the sharp pinch of puppy teeth or an inadvertent nip during a game of fetch. But it’s the more dangerous bites, the ones that cause serious injury, bacterial infections or transmit potentially fatal diseases like rabies, that are of most concern.

1 out of 5 people bitten by dogs need medical attention, according to the CDC. These incidents can mean significant liabilities for the dog owners. In 2018, insurance companies paid $675 million in liability claims for dog bites and other dog-related injuries, according to State Farm and the Insurance Information Institute. The average claim paid was $39,017.

Sadly, many of these bites didn’t have to happen. As part of Dog Bite Prevention Week (April 8-14), we’re sharing tips on how to know when a dog might bite and how avoid being bitten.

Who typically gets bitten?

Each year, nearly 5 million people are bitten by dogs in the United States. Children, especially those between the ages of 5 and 9, account for most of the dog bites. Among adults, men are more likely to have a personal encounter with dog teeth than women. And not surprisingly, almost 6,000 postal carriers reported dog bites in 2018.

Why do dogs bite?

First, it’s important to know that any dog, no matter what breed, age or size, can bite. Most bites typically occur in the home with the family dog. Even the most mild-mannered dog, if pushed to the edge, will bite. Many dogs, especially those who weren’t socialized well, may bite if they feel fearful or threatened. Sneaking up on a sleeping dog and startling it may elicit a bite. And many dogs will bite if they’re in pain or simply don’t feel well.

Some dogs, understandably, are uncomfortable when small children grab their ears, tug on paws or yank at their hair or tails. Children who invade the dog’s personal space, especially when the dog is eating, can be at risk for a bite.

While a growl often serves as a warning that a dog may be on the verge of biting, knowing canine body language can be helpful, too. Fearful dogs will often crouch near the ground, tuck their tails between their legs or roll on their backs, exposing their bellies to show they’re submissive. These dogs will often yawn and lick their lips repeatedly.

An aggressive dog, on the other hand, will often stand tall and firm with tail held high, and the hair may bristle down its spine. The dog may show more of the whites of the eyes, bare its teeth and snap at the air.

Many dog bites can be avoided simply by never leaving young children unsupervised with a dog — even the family dog. Beyond that, it’s important to teach them basic respect for all dogs. That means leaving dogs alone if they’re eating, playing with a toy or sleeping. Children should always ask before petting a strange dog, then let the dog approach and sniff them first. Other common rules for children and adults include:

By giving strange dogs space and treating family dogs with respect, hopefully, you and your family members can avoid becoming a dog-bite statistic this year.