Should Your Pet Sleep in Your Bed? 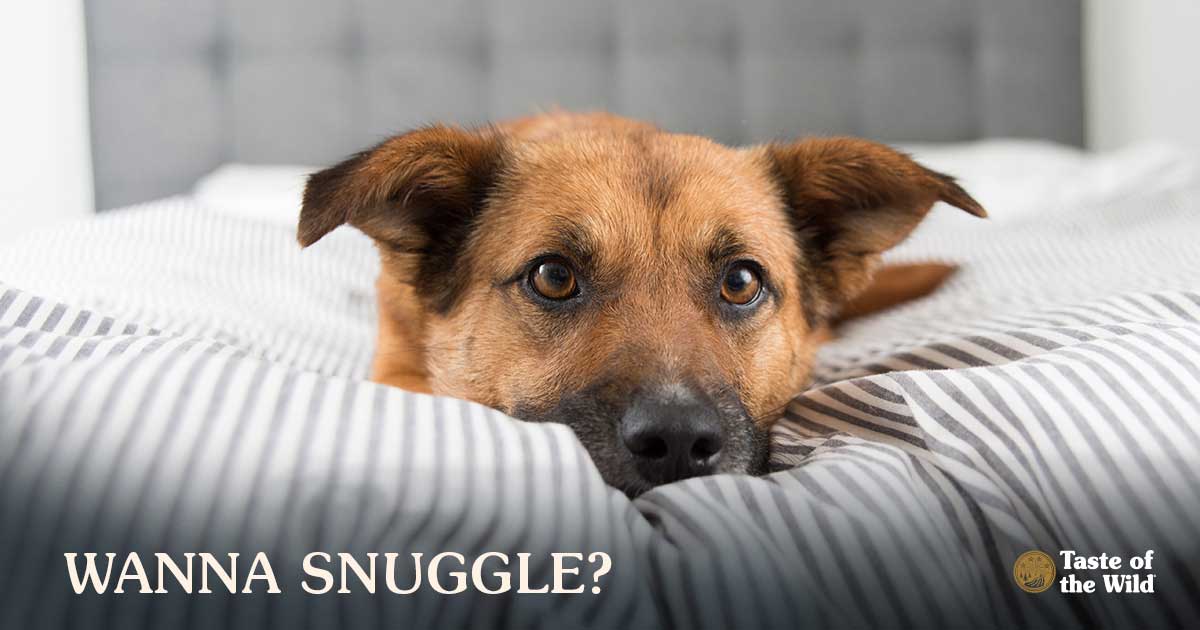 The concept of dogs snoozing with their people isn’t exactly new. Indigenous people in Australia are said to have curled up with dingoes for warmth. The colder the temperature, the more dogs were snuggled. Thus the phrase “a three-dog night” was coined as a way to describe an exceedingly cold night.

But we no longer live in the bush and smash rocks together for fire. We have furnaces and fireplaces. So should we still sleep with the dog or cat in the bed?

Today, almost half of all dogs sleep on their owner’s beds, according to a pet owner survey by the American Pet Products Association. But the size of the dog matters: Pomeranian-sized dogs are more commonly invited up, whereas potential bed hogs such as Great Danes are less frequent guests. At the same time, more than half of cats sleep with their owners — whether they’re invited or not.

Another pet owner survey by a mattress company provides even more detailed findings. The majority of pets, 52 percent, sleep at their owners’ feet; 23 percent sleep next to them, 11 percent sleep on the pillow and 14 percent of the pets actually burrow under the covers.

Less surprisingly, 52 percent of pets prefer to curl up in a ball, while none of their owners were comfortable in this sleep position.

Curious as to whether a pet in the bed would disrupt sleep, researchers at Mayo Clinic recently studied 40 adults and their canine sleeping companions. All human participants were healthy and had no evidence of sleep disorders. Each person was accompanied by one adult dog in the bedroom (sorry cats, you’ll get your own study some day). Both people and dogs wore activity monitors that recorded movement or sleep. For seven nights, the researchers monitored the sleep of the people and their dogs. Both slept fine, according to the study. Interestingly, the size of the dog made no difference in the quality of human sleep. However, people slept slightly better when the dogs were on the floor of the bedroom, rather than on the bed.

In an earlier Mayo Clinic study, dog owners felt that having the dog in their bed gave them a sense of security. So our pets may actually be comforting rather than disruptive to our sleep.

When the bedroom should be off limits

Certainly, if your pet snores like a chainsaw all night, you might want to consider setting up a cozy pet bed in another part of the house. Young puppies that aren’t potty trained probably shouldn’t be on the bed either, for obvious reasons. People with pet allergies will do well to keep pet dander to a minimum in the bedroom. And those who may be immunocompromised from cancer treatment or other health conditions may be at higher risk for catching a disease from their pet.

For healthy adults, though, it’s relatively rare to catch a disease from your pet while sleeping. That is, of course, if your pet is current on vaccinations and parasite control and has a clean bill of health from the veterinarian. Chances are, you’ll all have sweet dreams, even if it’s a three-dog — or -cat — night.