Grapes Are Toxic to Dogs, and Now We Know Why 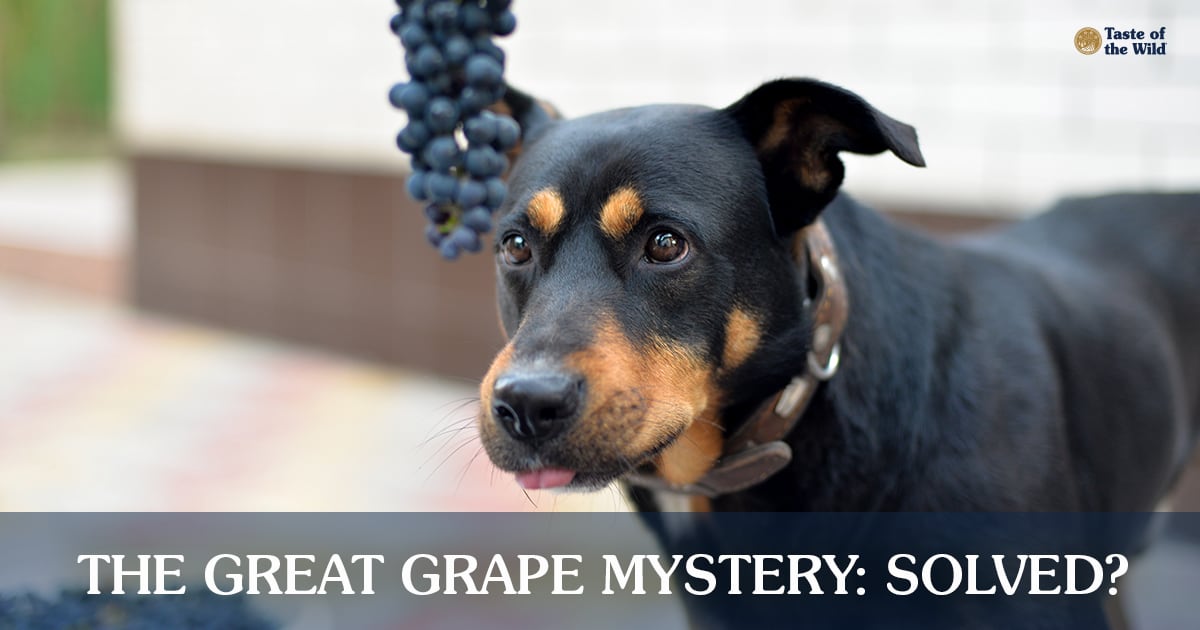 Among the many things on the no-no list for dogs are grapes and their relatives, raisins and currants. Accidentally feeding your dog any of these fruits could quickly lead to severe kidney failure and even death.

For a long time, no one knew what, exactly, about these foods were toxic to dogs. The type of grape didn’t matter; dogs showed signs of vomiting, lack of appetite, and later increased thirst and urination, whether the grapes were green or red, seeded or seedless, organic or conventionally grown.

Even more confusing, some dogs became extremely ill after eating very small amounts of grapes, while others consumed larger amounts without a problem.

Scientists looked into whether it was the grape seeds, the skin or some kind of pesticide on the skin that was to blame, but no answer floated to the surface. But now, veterinarians at the American Society for the Prevention of Cruelty to Animals (ASPCA) Animal Poison Control Center (APCC) think they know why dogs and grapes shouldn’t mix.

It all started when toxicologists at the APPC investigated a case of a dog that became sick after eating homemade playdough. The dog’s signs didn’t match those usually caused by salt in playdough. With a little more digging, they traced signs of toxicity to a different ingredient: cream of tartar.

The veterinarians recently published their findings in a letter to the editor of the Journal of the American Veterinary Medical Association. More research is needed to validate the theory. Since tartaric acid levels can vary in grapes depending on the growing conditions, type of grape and ripeness, further research may also help reveal the amounts of the substances that lead to toxicity.

Until we know more, play it safe: Keep your dog away from grapes and any foods with raisins or currants, such as cereals, cookies, breads and snack bars.

When the Wagger Doesn’t Work: Tail Injuries in Dogs

Would You Believe Cats Get Acne, Too?

Newfoundlands Are at Home on Land or Sea